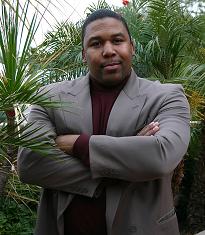 At age 6 young Stan was jumped, beaten, tarred and feathered by a teenage gang. He started in Martial Arts to learn how to protect himself, now 35 years later he is one of few who have attained the highest honors, the 10th degree Black Belt.

He has been inducted into the Black belt Hall of Fame, and still holds the title of the Heavyweight champion with Karate World rating system. He has traveled over 2 million miles using a combination of his martial art skills, along with his energetic speaking ability to move crowds as large as 17,000.

Dr Stan has performed over 5,100 karate Demonstrations in which he has broken over 17,000 bricks, 100,000 boards, and has taken over 200,000 punches, kicks, and elbows to the stomach without a serious injury. He now travels extensively as a motivational and Health and business speaker both nationally and internationally.

He is called "Dr Break through" because he uses demonstrations to teach people how to Break Through any limitation that may hold them back. In one of his Break through seminars over 108 people broke a board (some broke two) for the very first time. Spanning from an eight year old boy to an 81 year old woman, all without any injuries. He may go down in history as the man who taught more people how to break a board or brick than any other person in History!

He speaks in jails, Schools, Colleges, Businesses, camps, Churches, etc. He says that he loves to speak so much, that if people didn't pay him to speak, he would pay them to listen! He jokingly says, I had to do that a few times in my earlier days of speaking.

His daily attitude adjuster reads like this, Around me are boundless opportunities, before me are endless possibilities, within me is the One who has infinite power, behind me - who cares, I'm succeeding in a great way, and it's about to get better, watch out world, here I come!

He started in sales and within record time (5 months and 10 days) received a new Company bonus Car (Lincoln Navigator) and started making more money monthly, than he used to make annually as a College Professor. He has gone to the top of 3 companies, winning numerous awards, and building large organizations, and strong leaders.

Now as a trainer/consultant, he has shared the platform with many greats like Bill Bailey, Jim Rohn, Les Brown, Charlie Tremendous Jones, Doug Firebaugh, Jerry Clark, Jeff Combs, Bob Harrison, Zig Ziglar, Willie Jolley, Cynthia Kersey, Denis Waitly, Brian Klemmer, S. Truett cathy (Chick-fil-A Founder) and others. He is the promoter of special events for the Legendary Bill Bailey, and is a powerful connector of people and a master communicator. He has spoken in all 50 states and 14 countries, has been on numerous radio and TV shows.

You must see this Breakthrough Expert in action, and feel the power of his person and message. Any group, business, church, school, etc would benefit from this man's passionate, message.