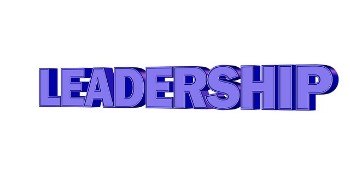 You may have heard the saying that employees don’t leave companies, they leave bosses. This is a strand of wisdom that should be taken quite seriously. Especially when you are dealing with trained professionals who know their value, they are far less likely to deal with a bad boss.

More than 50% of employees feel that the bad bosses of their past were the main reason for them looking elsewhere for better opportunities. A majority of those individuals were educated, highly trained assets to the company that they left behind. Does your company experience high turnover in general or in certain departments? Do you know the signs to look out for when it comes to having bad bosses on your team?

A bad boss is bad news for an employee’s career as much as it is for them as an individual. Hard work can go unrecognized, opportunities not appropriately passed on, and a lack of encouragement could hinder even the greatest mind. Over time there is a very real potential of this costing the company in a number of ways.

For every skilled professional you hire they are bringing to the table an array of talents, skills, and abilities that could really benefit your company on the greater whole. A bad boss will let these shrink under their rule, or not even notice them in the first place, while a good leader will see the potential and know how to work with these qualities to grow them into something beneficial. Someone who knows their own value will be more likely to stay with a team that sees their strengths and encourages them to build upon them over one that doesn’t.

When you take on a new employee you invest in that person, whether it is the training that they receive from you, their salary, or their benefits package. It’s unlikely that you are investing in these employees now just for them to turn around and leave again in a few months. How much money could you be wasting over months or years on employees that left, but who might have stayed had they been under better leadership?

Definition of a Good Leader

Leadership is, by definition, a process that relies on social influence rather than just the power of authority. This process maximizes the efforts and output of others to achieve the greater goals. Leaders are masters of team building, communication, and delegation. They use empathy to relate to their employees and to understand them on a more personal level. Leaders are more likely to see employees as people and less as just cogs in the machine.

his list could go on and on, but these are some of the most critical qualities of a good leader. What is really the difference between a boss and a leader, though? Don’t they do about the same thing? Is it really that important to be a leader over just being a boss?

The first thing to realize is that even members of management will have their own personalities, their own strengths, weaknesses, and ways of doing things. You can be a boss, even a good boss, but if you want real and long lasting results, striving to be more of a leader could create a surprising turn around. It’s easy for a person to identify a boss as someone who may not care about the employee over the actual job getting done. That kind of environment may struggle to promote the kind of support net that the employee will need to reach their best potential.

Below is a brief comparison of some of the most common traits of leaders and their bossy counterparts. Look the chart over and consider what is most prevalent in your organization. Do you have more bosses than leaders or vice versa?

There are many more comparisons, but perhaps you are seeing a pattern. Good leadership is very much a mind-set. Leadership is about going deeper, seeing more than just what rests on the surface. It’s more than just cause and effect, but also choices and understanding.

How you see your employees will impact how you engage with them, and you better believe they will notice. What you put out for your employees will be mirrored through their own attitudes and actions. Managing your team like a bull in a china shop will create disgruntled employees who will likely not give over their 100% to you, especially if that amount of effort isn’t even noticed or appreciated.

Too Much Focus on the Machine Can Break It

A company itself may appear as one giant machine with each department a critical piece to the whole keeping everything maintained and functioning. Look closer, however, and you’ll see that those moving parts are all very human. When we see the company as an efficiently working machine, we can lose sight of the humanity in the breakdown. Especially when we are seeing the company represented through numbers, stats, and progress reports it’s easy to forget that these numbers often represent the real people who are working to, ultimately, achieve the same goals as you.

Too often management staff are pressured to come down harder on their employees, to tighten their grip. It seems to make sense that being more strict will hone more efficient results, but these approaches can actually cause more damage than you may intend, potentially even breaking the machine. Just as the delicate parts of a machine can break under too much force, people can break under too much pressure. Having leaders instead of bosses can bridge a better balance between delegation and engagement. You will get better results when you inspire instead of demand.

Forgetting the importance of the human part of your business can end up being very costly for you. You will see more employees jump ship, give up on applying their all, or stop caring entirely about the organization in general as they just toil on for their paychecks.

This breakdown process will make them more machine like, but people don’t flourish as bits and bolts. You may get things done task by task, but it will also likely be at the barest of minimums, the least of their potential. If your company is built on the least of your employees’ potential, it won’t reach its most either.

So You Have a Boss, Now What?

Do you suspect that you may have a couple of bosses lurking in your midst? If so, don’t panic and don’t fire them! They can be saved! The thing is, a lot of bosses don’t realize that there is another way to manage their teams. They tackle the problems their teams face with methods that they learned or developed through potentially long histories of trial and error.

The best way to convert a boss into a leader is through training. Teaching them the most up-to-date methods for engaging with their teams will help greatly. Some bosses end up becoming the best of leaders, once equipped with the right tools themselves. It can also help to get your entire management staff on the same page. There are a number of management training programs available that can help you do just that.

The world of management is changing. Emotional Intelligence is becoming more widely accepted, and expected, as a part of the standard. And more employees are starting to expect these kinds of things as a personal requirement for investing themselves long-term into a company. With more management concepts, options, and tools out there it is becoming less acceptable to not embrace and employ them. Fewer hard-working individuals are willing to settle for anything less than an engaging and rewarding work environment.
________________
Written by Trushar Mody, a leading trainer for Encore Consulting Group. As a warehouse of knowledge, he is a thought leader in the field of Emotional Intelligence (EI) as it applies to business success.