The Quest for Impact 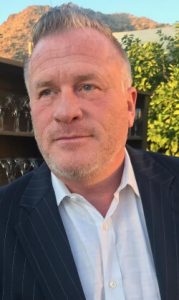 I believe that everybody wants to have an impact in their life. Yes, there will be some who during their time in life here will lose vision for what their life could become, but most people are focused on what they can accomplish in their time here on earth.

You could say that eternity is in our hearts. It is within men and women to want to make their life matter. The irony being that everyone knows that their time will eventually be up. It’s your ambition and what you’re best at set against the futility of knowing that no matter what you do, you will eventually stop doing it.

I believe that it is entirely possible to live our lives and run our businesses in such a way that we leave a lasting impact, creating a ripple effect that goes on long after we are gone. It takes discipline and hard work though. It also requires that we are purposeful about it. In my latest book, Lasting Impact, I lay out, among other things, three specific keys that will help you have a lasting impact on the people in your life. They are the ability to think big, to be prepared for opportunities so you can take advantage of them, and to be able to embrace change when plot twists happen (and they will).

Let’s take a look at each of these:

I have long said that it’s just as easy to think big as it is to think small. And I have practiced this my entire life. At age 11 after a relentless pursuit, I was given a job as a ballboy for the Seattle Supersonics. It lasted seven years and in my second year we won the World Championship. I was in a ticker-tape parade through downtown Seattle with 500,000 people.

At the age of 14 my mother’s friend who had a regional license for a self watering flower pot asked me if I would like to make some money helping him sell them. He thought that I should go door to door and sell them to little old ladies. I decided to go to a regional home improvement store, made the pitch to their buyer, and sold over 23,040 flower pots in 15 minutes. He was so blown away and afraid of success he actually gave up his license and turned it back over to the company.

In my adult life I created a product series with other speakers audio programs in them and pretty soon we were selling between 50,000 and 75,000 boxes a month through Costco and Sam’s Club.

In every single one of those situations I could’ve thought small. But instead I thought big. No matter where you are, no matter what your goals are, you can make them bigger. If your goal is to make $200,000 a year, why not make it $300,000 a year? In every situation I challenge you to think bigger, even if it’s just a little bit bigger. You can even ask yourself the question, what would a big thinker think in this situation?

The reason he was so successful at making the jump from high school to college was because his high school quarterback coach was none other than Kurt Warner. Kedon was prepared when the opportunity presented itself. He has just finished his second season and is well on his way, in my opinion, to the NFL if he can keep up this pace.

What about you? What are you doing to prepare yourself so that when the door of opportunity swings through you can walk in?

Lastly, they’re going to be lots of plot twists that take place in your life. Many of them will be positive, and they will propel you forward, but most of them will be negative and how you handle those negative plot twists will determine to a great degree how well you navigate the changes that are forced upon you. In other words, what happens when what you thought was gonna happen doesn’t happen?

My friend Andre Wadsworth was a walk on football player at the Florida State University. He had played at a small Christian high school and was not offered a scholarship. But by the end of his four years, Andre was so good he was the third pick in the NFL draft the year that Peyton Manning was taken first. Unfortunately, in the next three years, Andre had 15 knee surgeries. His football career was over. Now what would he do?

Well, Andre is a devout Christian so he decided to start a Bible study for professional athletes. Soon he had 150 professional athletes from the four major sports teams in Phoenix coming to a Bible study, including their families. Andre decided to start a church. They hired a preacher. And now, just a few years later, that church is one of the fastest growing churches in America. Ironically, the name of that church is Impact Church.

Negative things are going to happen to you. But what you do with those negative things will determine whether or not you will have a lasting impact. People will die. People will betray you. There may be bankruptcies or illnesses or children who go awry. So many different things in this world that can confront us and keep us from success. Be prepared so that you can handle adversity and plot twists that come your way.

I believe in you. I believe that anybody can achieve whatever it is that they want to achieve. I believe that anybody can make a lasting impact. The key to making that impact is to think big, be prepared for all opportunities, and understand how to navigate the plot twists that come into our lives.
_______________
Chris Widener is widely recognized as one of the top motivational speakers and authors in the world. He teaches on topics related to leadership and influence. Visit him at chriswidener.com

Lasting Impact: How to Create a Life and Business that Lives Beyond You By Chris Widener