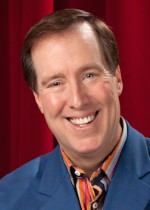 In the 1930’s the United States government told us a lie. They told us that if we were working 40 hours per week…we were fully employed. Wow. That may have been the first time in 5000 years of recorded human history that anyone had ever heard that! Historically, a typical workweek included 12-hour days, six days a week.

There are 168 hours in a week. As a guy who has worked plenty of 80- and 90-hour weeks, I can tell you there’s nothing that says you can’t work more than 40 of them. As a matter of fact, some of the most successful people I know are people who work half-time…12-hour days.

Seriously, if you just want to get by and retire at 70 with Social Security, 40 hours per week might do it. But if you dream of living an extraordinary life, you may want to work more. You will find joy in your work. It won’t be a burden.

Great salespeople are the ones who pay no attention to the clock. As a matter of fact, they see the clock as their friend. They realize that most of their peers are clock-watchers who can’t leave work early enough. But fabulously effective salespeople thrive on working when their peers are goofing off. They see it as an opportunity to get ahead. The good news is you don’t have to be smart, highly educated, or well connected to work some extra hours.

Some people will protest and say, “If I work more than 40 hours every week I won’t have time with my family and friends.”

In a word: WRONG! Don’t fall for the line that you can’t have a life if you work more than 40 hours each week. You can. It is simply a matter of managing your time.

Think about it. Do a little personal inventory of what you’re doing with your time. Suppose you decided to routinely invest 60 hours weekly in your work. Then factor in some sleep time. Since much of the American workforce is desperately sleep-deprived, be sure you get enough…say eight hours nightly. That’s another 56 hours. We’re now up to 116 of our 168 hours.

Now, let’s include some time for personal stuff, meals, church, grooming, etc. Let’s say 18 hours weekly. We’re now up to a 134 hours. By my count, that leaves you with 34 hours. And if we turned off the TV, quit wasting time, and stopped indulging in too much recreation, we could do a lot of good things.

Research in 2007 reported that the average father spends 6.5 hours weekly with his children. (By the way, that’s up 153 percent since the 1960s.) But let’s suppose you want to be a great parent and you elect to spend twice as much time with your kids…13 hours weekly. You’d still have 21 more hours to do with as you wish.

But sadly, the black hole for many of us isn’t the time we spend at work or with our families. It’s the time we spend in front of the tube. Research says that the average American watches 35 hours of television each week! Unbelievable!

No, I’m not suggesting that you can’t allow some time for TV and video games. But remember, one of the main reasons we watch all the TV and play all those video games is because we’re in a mental funk. We feel depressed. So, just like a junkie, we “shoot up” by numbing our brains this way. It gives us a temporary release and distracts our sadness.

So, it would be fair to ask, “Where does this funk come from?”

So, here’s my question to you: which one of those problems would not be solved (and, resolved) if you simply spent more time in productive selling? The selling will lighten your money concerns. The selling will give you a sense of dignity, accomplishment, and self-worth. And the selling will make you stand taller with your peers.

The fact is: laziness and diligence have one thing in common. They are both self-fulfilling prophecies. Whichever way you choose to spend your life will be fulfilled in the way your life ends up. Choose carefully.

A FINAL WARNING: As a speaker and writer I have to paint with a broad brush. Most of what I say will apply to most people. But there are always those for whom my advice is not appropriate. If you tend to be a workaholic, disregard what I’ve said in this Thought Sparkler. Your job is to re-balance your life in the other direction. I don’t encourage anyone to work as many hours as I once did. Routinely working 80- and 90-hour weeks is crazy. It’s dangerous. It can break your health physically, relationally, and spiritually. Beware!
______________
A star salesman himself, STEVE DIGGS (CSP) has been selling…and teaching others how to sell…for over 35 years. From his days with the Southwestern Company, to the real estate and automotive businesses, he’s done it all. He is a serial entreprenuer and the founder of six successful sales-driven companies. Today, his Fast-Forward Leadership & Sales™ presentations and coaching events are wildly popular nationwide. A best selling author, he speaks to audiences over 100 times yearly… always high-content, lots of laughs, magic tricks and motivation! More at www.SteveDiggs.com or call 615-300-8263.