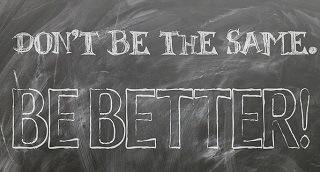 Let me begin with a small story:

A young man got appointed as a department head in one of those “we love rules and bureaucracy” and “no one can fire us” Government offices. He was very excited on his first day and he met his team and was trying to understand how things work. He noticed that there was this one clerk, a senior person who neither met him, nor greeted him. And he never saw him working either. He just used to sit and read English novels.

He asked his peon about the clerk and was told that this is how he has always been. And none of his predecessors have been able to get any work out of the clerk either. He called him in.

When he came in, he asked him to sit and very politely started the conversation. He never for once asked him why he doesn’t work. Instead, he began humbly by praising his reading habit and asked him about his favorite author and genre of reading. Now you know how that would have surprised the clerk. Never in all his years of working at the office had anyone bothered to ask him that.

He opened up slowly and told the officer that the work didn’t interest him at all. He had a few ideas for the place but his previous bosses were never interested. The young man asked him, “What would you like to do?” He said he wanted to bring some efficiency improvement in the filing system of the department. And he was given a free hand to work as per his will with a promise of full cooperation from the department members. Within three months, he not only presented the report but also got it implemented successfully with efficiency improvements as promised earlier.

What can we learn from this?

So many things actually. You know there are a number of fancy leadership theories doing the rounds in the literature and practice of Organization Behavior. One of them is “Situational Leadership”; a concept given by psychologists Paul Hershey & Ken Blanchard. Now, I am definitely not going to bore you with any jargon or theory.

The idea of Situational Leadership pertains to changing your behavior and developing your leadership skills as the context changes. And it would be a no brainer to say that it is said to be the most effective style of leadership – adaptability according to the situation and the people you deal with. And this is because, essentially we are all different human beings. We are unique package deals with no two similar combinations of emotions and attitudes.

And that is exactly what the story talks about. I am pretty sure the young man would have handled different people of the department differently. It needs a lot of qualities – patience, ability to listen and communicate, capacity to accept people for who they are and then work around. In fact, I have met a lot of top level managers and leaders during my events, keynote speeches, motivational seminars etc as a Motivational Speaker & Corporate Trainer. And the one thing that I have found common in all of them is that – they understand people.

Every person, or organization for that matter – has a core and a periphery. And the hallmark of a good leader is that he/she knows that you cannot change the core. You can work around it and adjust the periphery accordingly. And that is how they adapt. They don’t enforce or impose. They understand and identify the right impetus for their teams.

And can you tell me which is the biggest quality a leader can possess in order to be able to see past his on chip on his shoulder and identify the core of the other person?

Think about it. Why and when would you let someone else decipher the depth of your core personality? For me – it would be their humility and their ability to interact with me irrespective of their own communication barriers like power distance, status, age etc. This humility is a very crucial life skill. I call it a life skill because it can be developed. By not being humble and then suffering 😉 … Jokes apart, it is a virtue worth cultivating. And you will know how exonerating and satisfying it is to show humility in places where you are least expected to be. And you know what – it is one of the best ways to bring out the best in people. Look at the clerk in the story! All he needed was a little understanding and compassion towards his interests.

I think that is what great leaders do. They lead not just by exhibiting all the other great qualities but also by bowing down and taking a step back when it is needed. They are great leaders because they know there is no shame in sometimes letting people be, giving them the freedom to do whatever they wish to do. Let me share with you another story.

It is an incident from one of the top B-schools of the country. An adjunct faculty was taking a class on a Sunday morning (poor guy) on a day when a very crucially interesting cricket match between India and South Africa was on. Can you imagine the difficulty? A Sunday morning lecture by a guest faculty for which students will have to miss a cricket match! You could say it was a Mission Impossible. And don’t even get me started on the subject. The students used to fondly call it “globe” (the lingo for filler subjects that are just a bunch of theories).

You know what the professor did? He promised the students that he will cut short the class and towards the end, they will all watch the match in the class on the huge projector. And he kept his promise. Throughout his lecture, he used cricket examples which effectively made the students listen and participate (on a Sunday morning that’s an achievement, let me tell you). And then he not only let them watch the match but also did commentary, amidst a lot of applause and appreciation!

He could have not done any of this. But, then he would have probably not been who he is. A good teacher who understood what his students needed most at that point in time. Acting on that understanding takes courage and humility. Pride may feel very good. But humility feels better. Because it makes the people who are important to you feel better.

You should try swallowing in your pride sometimes and choose to be humble. It is non-fattening! And men who get wrapped up in themselves make very small bundles. And leaders are supposed to be anything but small. They are supposed to be magnanimous.

Be humble. It is worth it. Every bit of it. Your humble words are the proof of the strength of your character. It is not a virtue that the weak can possess. And definitely not something without which great leaders can survive.
______________________
Akash Gautam is a Popular Public Speaker and Motivator in India. He has more than 16 years of experience in Public Speaking and is a writer and sought after career counselor. He believes that he is an ardent student of life and learning. You can learn more about his work at AkashGautam.com