Outside of maybe a career in comedy, you don’t want to be the one that is known for not being able to handle yourself in a professional manner. Rude, crude, and or using vulgar language will not serve you well professionally.

This isn’t directed at anyone in particular. If you think I’m talking about someone specifically, well you’re wrong. I’m addressing what I am unfortunately seeing a lot more of in the marketplace. I should also point out that I completely acknowledge that for the person looking to differentiate themselves as a “thought leader” or expert in some area, the approach of being seen as a tough minded, say anything type may well work for them. However, I’m not writing this advice for them…

I’m writing for the person who is following and or emulating their style and can’t seem to figure out why the heck they are repelling career opportunities like the plague.

Please understand that I’m not saying not to be your authentic self. I’m just pointing out that in the real world, everyone knows there’s a professional way to handle yourself. Fortunately, this isn’t rocket science but I do think it’s worth sharing some really important skills in this area that will serve everyone well.

Don’t badmouth your competitors or other people

Look, I’m far from perfect in this area, but that said, I do try really hard not to do this. Understand that I’m not saying you should misrepresent an-untrustworthy person or a company whose product or service isn’t up to par. I’m just suggesting you apply some tact in such times. For example, during the rare occasion where I can’t simply avoid it altogether I’ll often say, “I don’t believe in talking behind people’s backs so I am just not going to say anything.” They generally get the message. Again, this is in the rare cases where I can’t simply not say anything because doing so might harm the person I’m talking with should they enter into some arrangement with the other person.

In the rarest of cases I might even share the situation that happened assuming I had first hand knowledge of it of course, and point blank let that person know that I am not telling them anything I wouldn’t or haven’t already said directly to the person I am referring to. Again this is in the rarest of cases, and I am in fact not saying anything behind anyone’s back that I wouldn’t say, or have said directly to the person I’m talking about. This is almost always not going to be the case and most of the time you are simply going to be better off just not engaging in negative talk about others. Sell the benefits of your own product, service, whatever. If you have to knock down others to lift yourself up, you’re already getting off to a terrible start. Trust me, this is not an approach you want to take — it tends to only get worse over time.

All that said, one of the most common mistakes I see people make is when they get into a meeting or have a conversation with someone and they talk negatively about another person. This especially irks me when I see those in sales do this. If you think you’re garnering favor with your prospect client because you’re badmouthing the competition you are likely sorely mistaken. What you offer may well far exceed what your competitors offer, but the other person isn’t likely to get past the words you are saying. Because in their mind they are thinking, if this person will talk like this about them, then what might they say about me, or my company down the line? You may totally disagree, but give it some thought, put yourself in your prospects shoes and hopefully if you are doing this you will stop asap!

Never, never, never complain about your former employer during a job interview

If you’re interviewing for another job you would do well not to spout off about all the things you hated about your former (or current) employer. Even if they ask. Would you really want a new team member coming into your organization who is bitter over the last company that while may not have been perfect, at least paid you for the work you did. Put yourself in the shoes of the person holding that opportunity — of course they wouldn’t hire you.

Look, people who hold many of life’s great opportunities are looking for people they can trust to give the task at hand to and move forward without messing it up. If you’re unable to control yourself whether with inappropriate language, talking bad or gossiping about others, trying to make yourself look better at the expense of others, or anything along these lines you are going to put yourself at a real professional disadvantage.

Practice the timeless success principles of tact and kindness, whether you think doing so is cool or not

Look, I get it, good old fashioned skills like tact and kindness aren’t “cool” among many who teach or train on success principles in this day and age, but they are absolutely timeless. As parting words, please consider also that F-bombs don’t age near as well in the professional world as being known as the person who has a kind word, and the ability to handle times that require correction with tact. 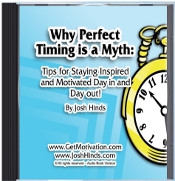